Matthias, just chosen to be an Apostle, was one of a hundred and twenty praying and waiting in the Upper Room in Jerusalem. Then early on the tenth day, great rushing wind filled the house, and tongues of fire appeared among them all, as they were filled with the Holy Spirit and spoke in other languages. Outside were devout Jews from every part of the Roman Empire; they were astounded to hear so many different languages.

Although little is known about Matthias, the New Testament shows he had been with Jesus from the time of His Baptism. Shortly after that, Jesus sent seventy-two disciples, including Matthias, on a mission. They went in pairs – no purse, no bag, no sandals. Entering a house, they stayed there, prayed peace upon it, ate and drank what was given them, healed the sick, and proclaimed the Kingdom of God. Jesus, however, warned them they were like lambs among wolves and would meet some rejection, which was as serious as rejecting Him, so serious that it would be better for Sodom on the Day of Judgement than it would be for their persecutors.

Despite the challenges, Matthias and the others returned with joy! Many had listened to their message; demons were cast out in the name of Jesus, but best of all, Jesus promised that their names were written in heaven. Matthias eagerly followed Christ. Soon after the Ascension, Peter believed God was asking the group of believers, as written in the Scriptures, to find a twelfth man to be an apostle to replace Judas. They considered Matthias and Joseph called Barsabbas because both were faithful, and both had seen the resurrected Jesus. The Apostles then prayed and cast lots. Matthias was chosen.

After the outpouring of the Holy Spirit, in the presence of the other Apostles and believers, Peter preached with boldness and authority in Jerusalem. On that same day, three thousand people joined them, devoting themselves to the Apostles’ teaching. As the Good News spread, many more became believers. Matthias went on to preach and teach in Judea, and according to several sources, took Christianity to Cappadocia, and the Caspian Sea. Here he endured much persecution but worked valiantly among the people. Traditionally, he was crucified near the Caspian Sea in 80 A.D.  Matthias believed that his name was written in heaven just as Jesus had promised him many years earlier. “Well done, good and faithful servant.” 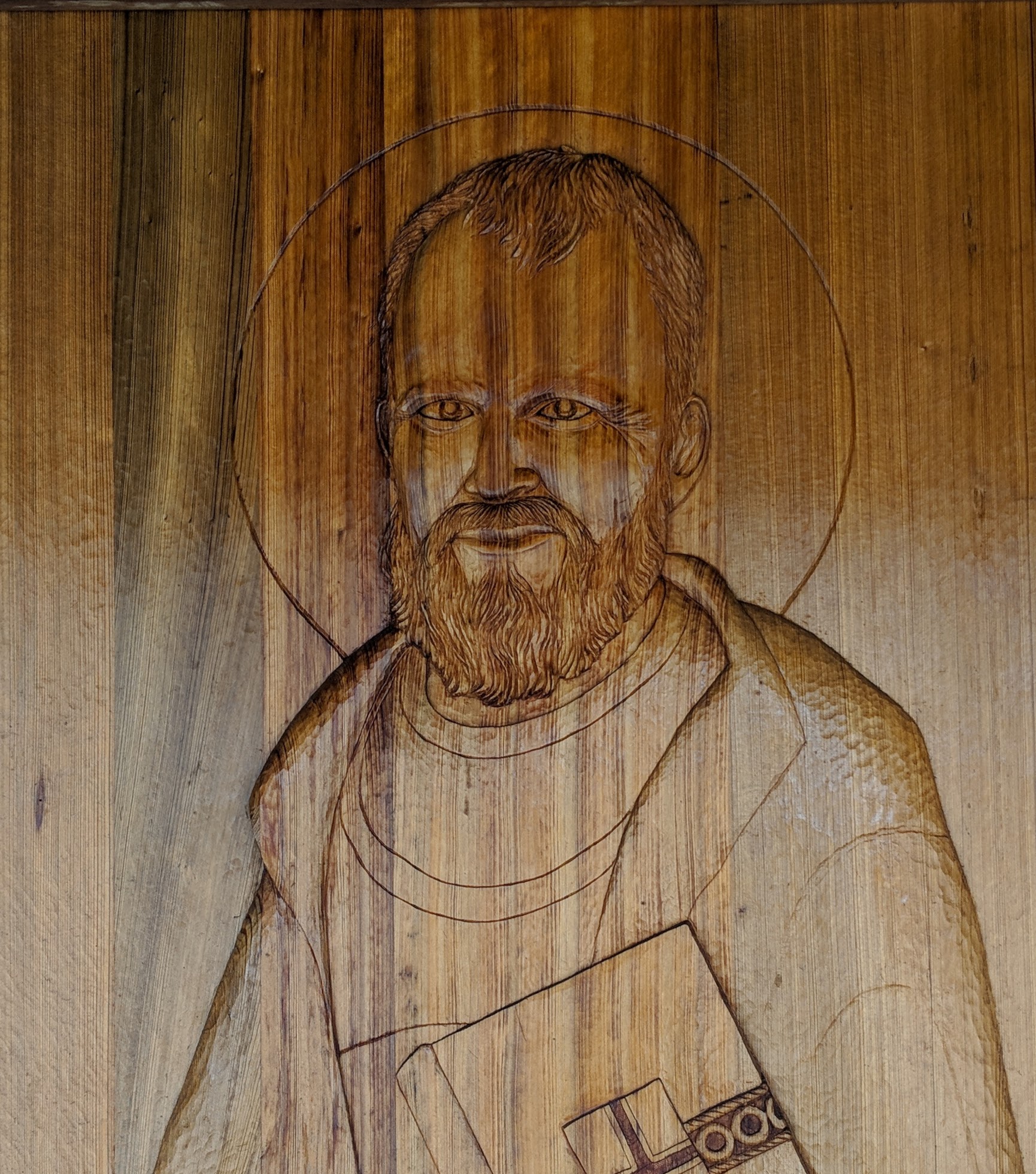 Saint Matthias at the Church of the Transfiguration