Our tower here in Orleans has several sets of doors and shutters. These doors open for service ringing, and close, both to dampen the sound for practice and to protect the bells inside from the weather.

The first set of doors at ground level are transparent on all four sides of the tower. The doors fold open and closed to let ringers in and out. The doors are large and heavy, over several months the tower keeper rotates which set of doors will open and close for regular ringing in order to balance the loads on the door hinges. 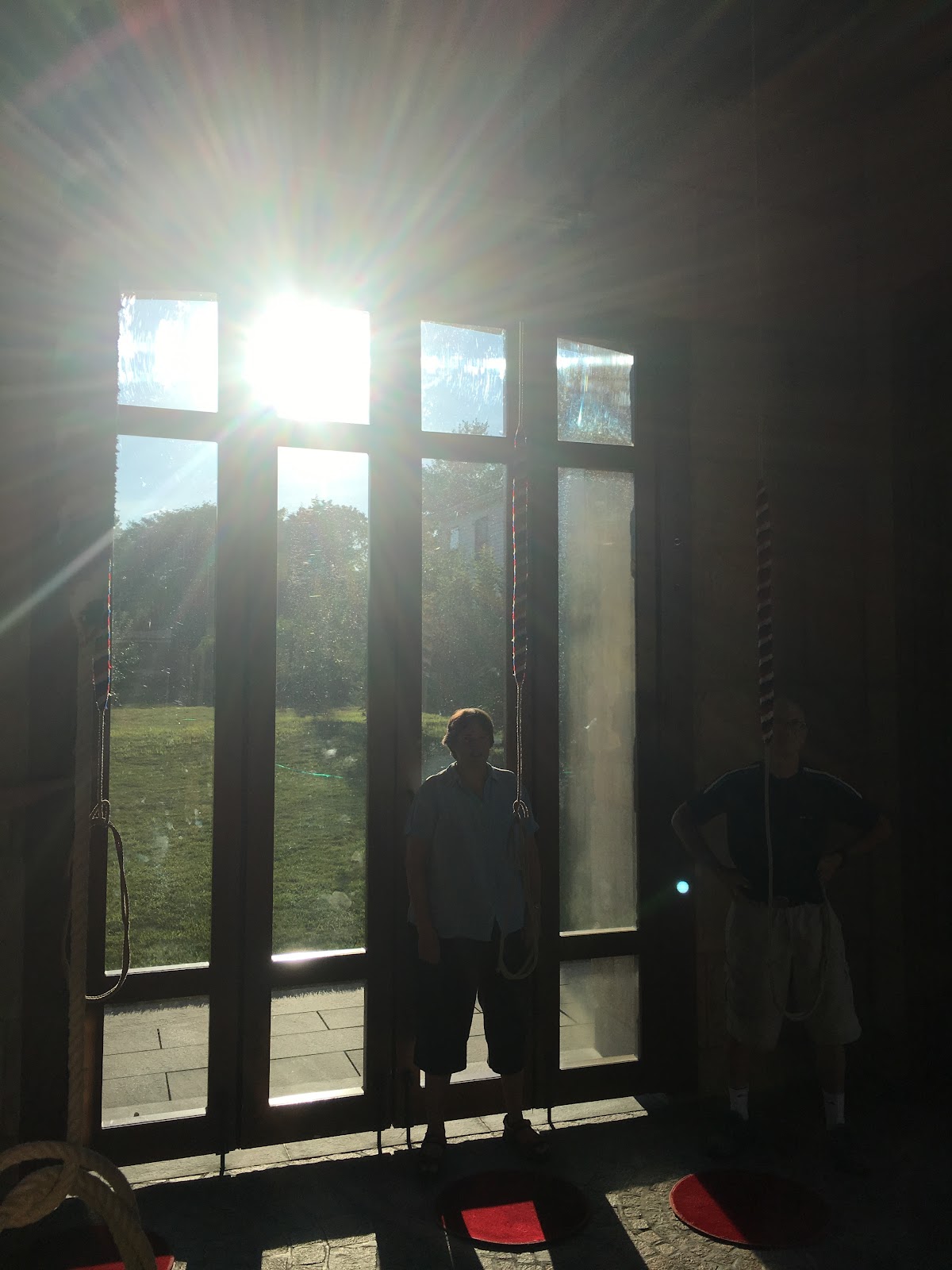 Above, a hatch lowers and a ladder unfolds. 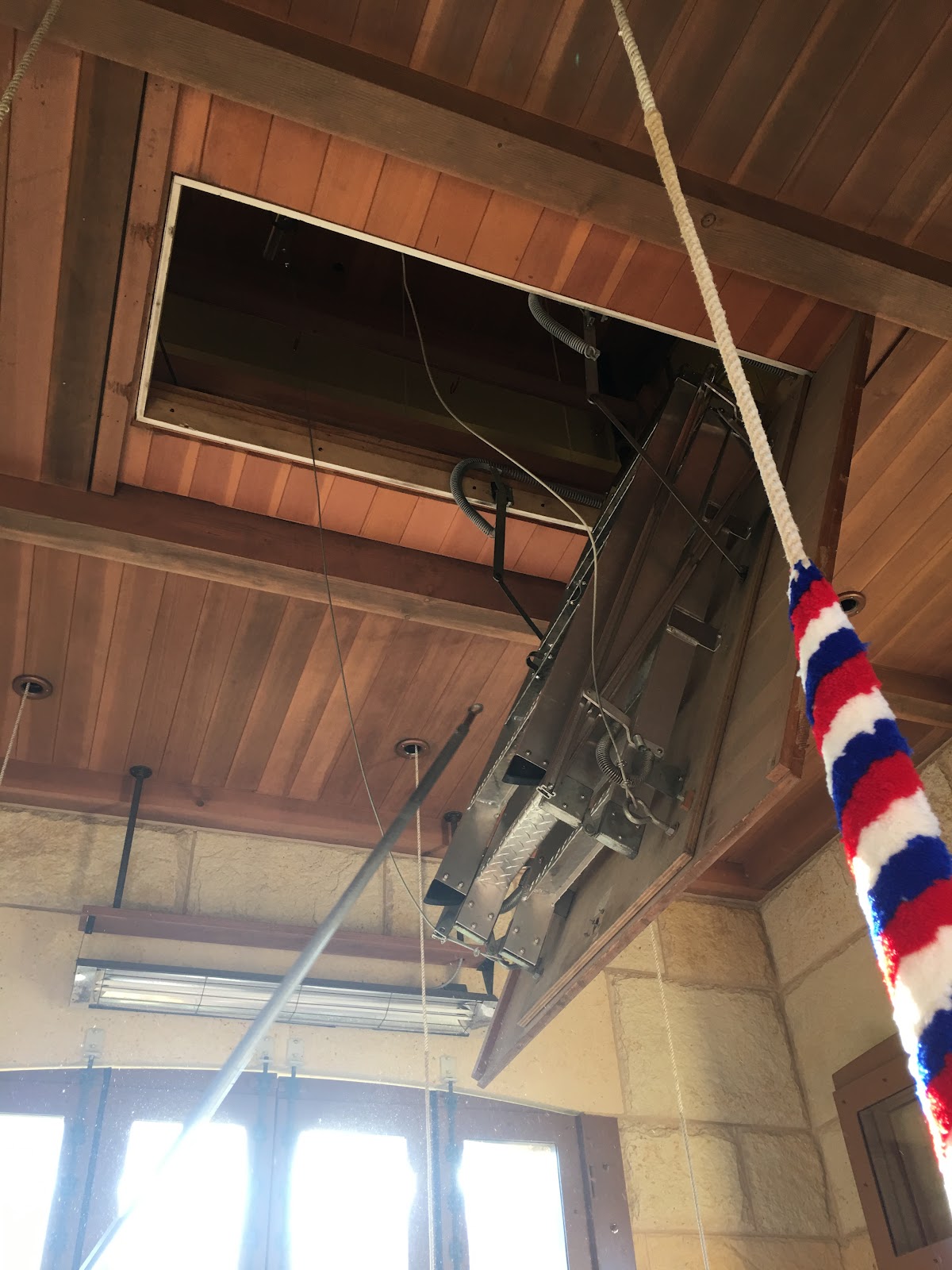 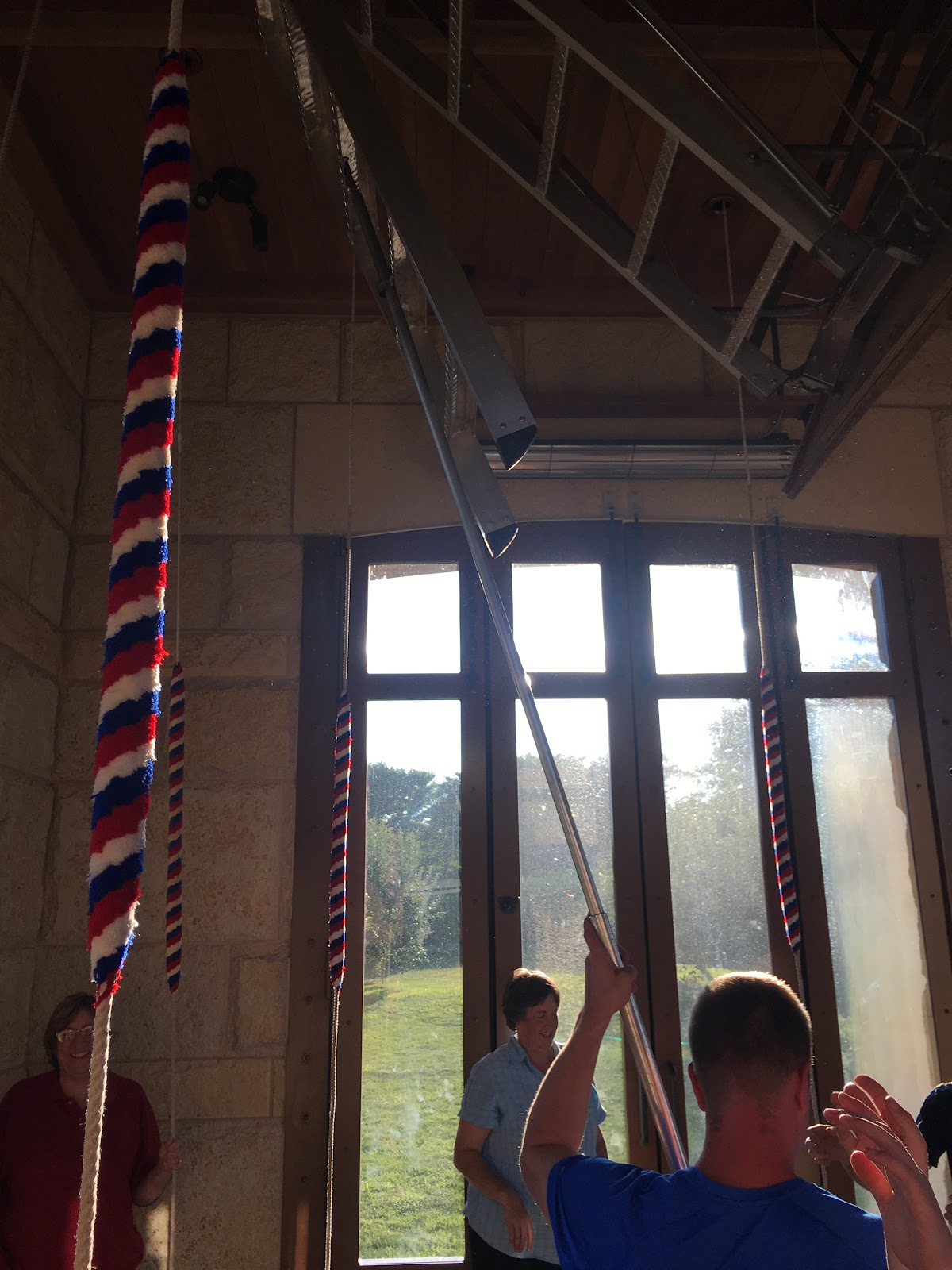 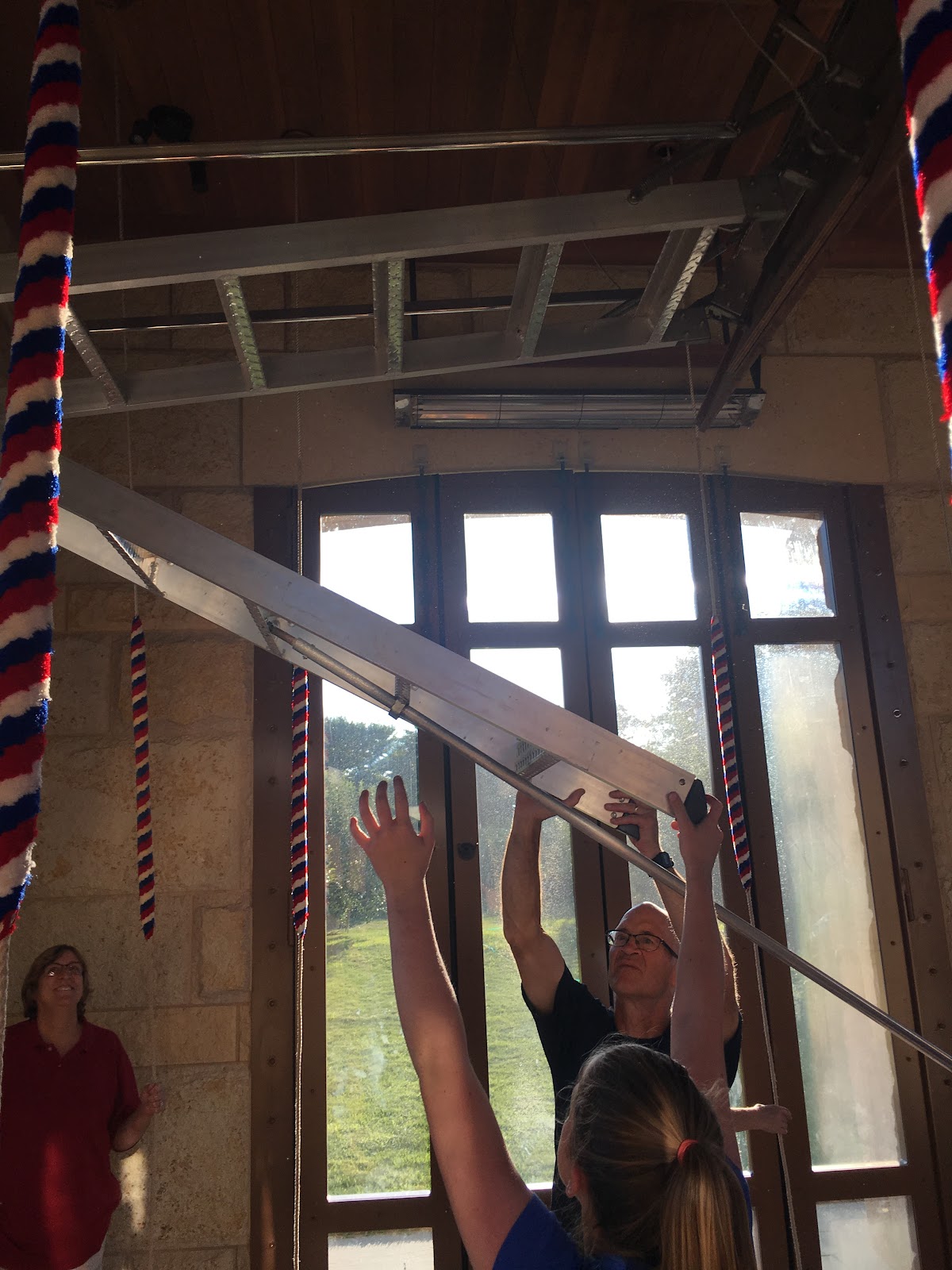 The bell ropes are stored on the first floor where a pair of color-coded cables connect to shutters near the top of the tower. Pulling on the red cable opens the shutters before ringing, letting the sound of the bells pour out of the tower on all 4 sides. 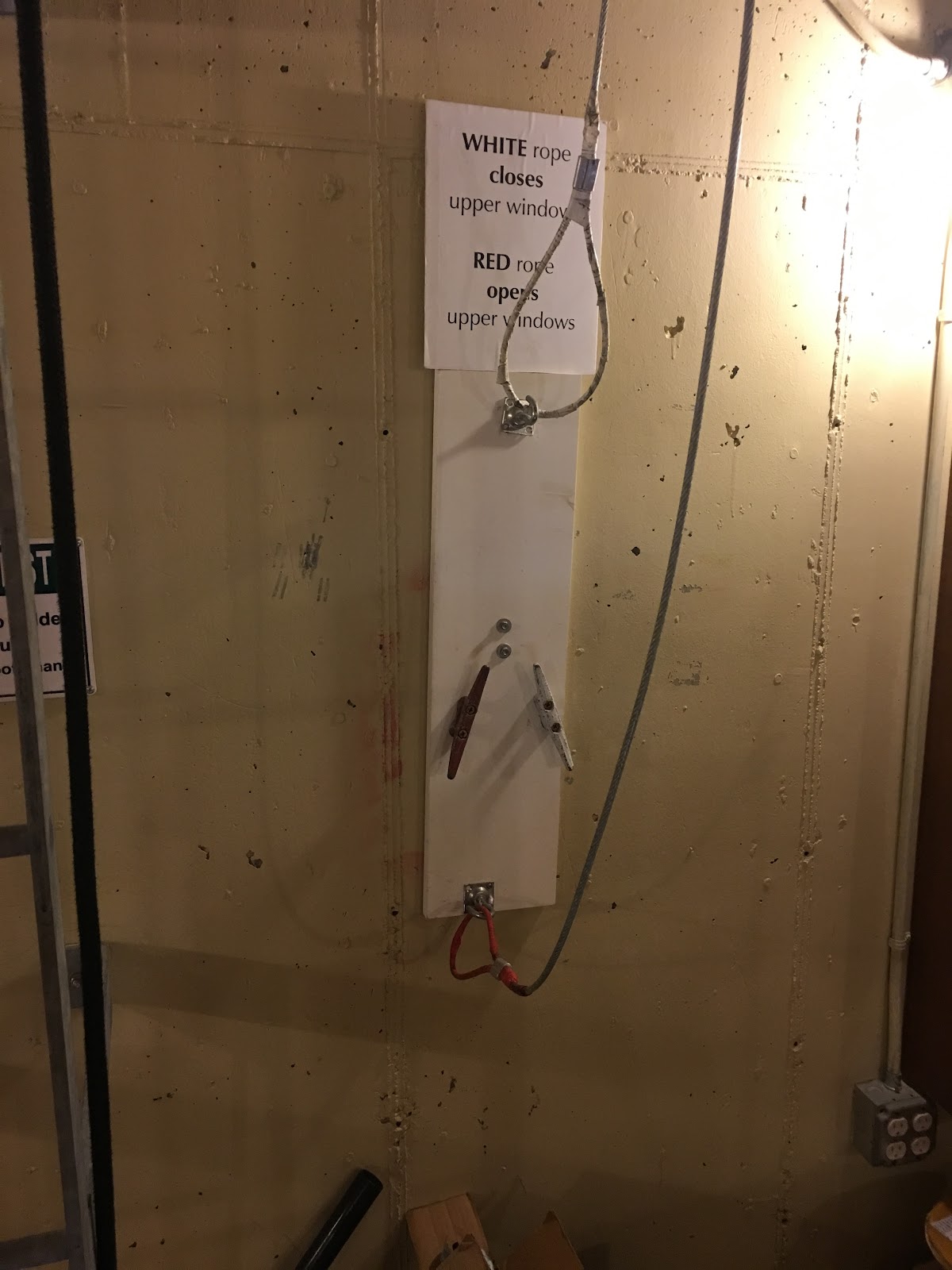 Above the shutters, a pair of bulkhead doors controlled by motors open skyward allowing the bells to echo off the ceiling, through large steel grates across the community. 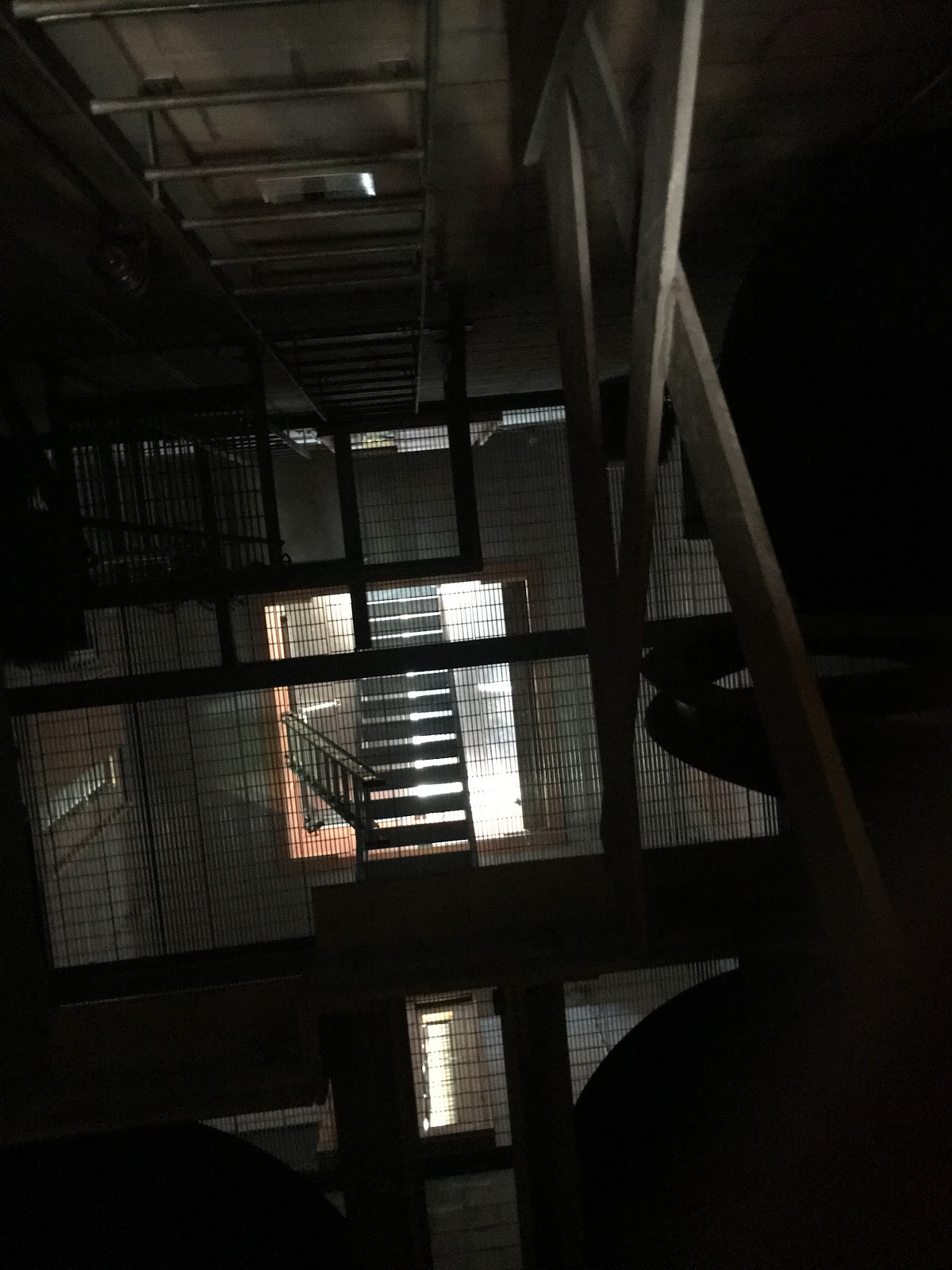 My favorite doors, perhaps, more “portals” than doors, are for the ropes connected to the bells above. The ropes lower and raise between each ringing session through 10 holes in the floor. When the ropes are coiled up and stored, each portal is plugged with a green rubber stopper affectionately called “pumpkins”. The “pumpkin” stoppers help a dehumidifier control the air in the upper floor. We quickly learned, if the room above gets too humid, the ropes absorb the moisture becoming stiff and difficult to handle while ringing. The “pumpkin” name comes from an earlier improvisational version of the stoppers made from orange swimming noodles with a small black handle, resembling a pumpkin. Swimming noodles are easy to come by here on Cape Cod! 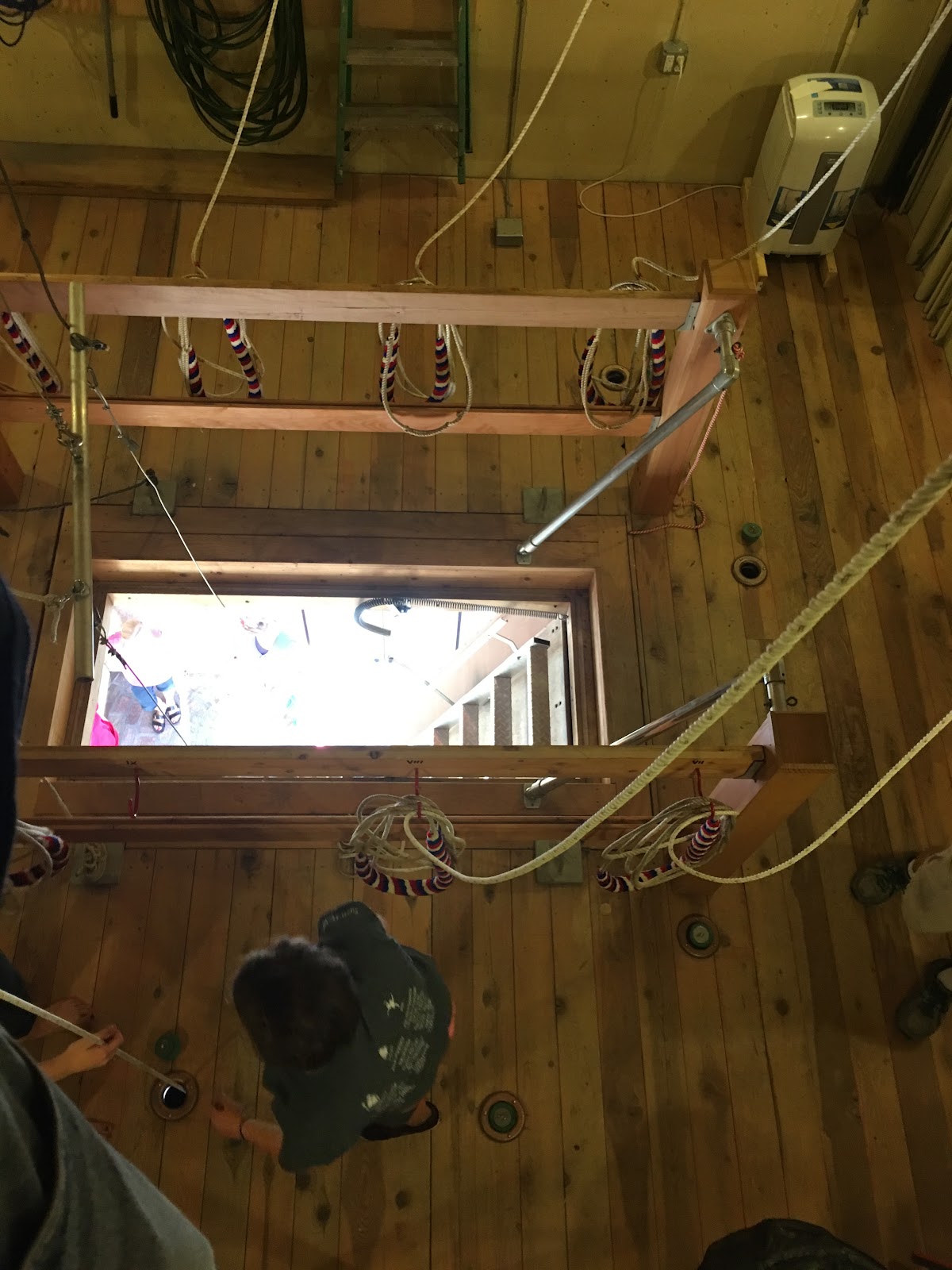 After nearly ten years of ringing here in Orleans, I know I speak for myself, but I suspect by now the tower also contains a number of invisible doors which open into the heart of each bell ringer. 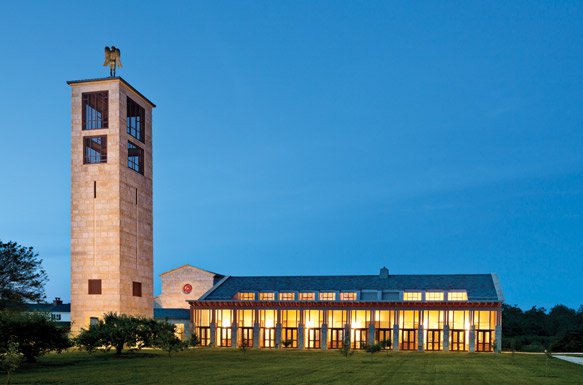 One thought on “Doors and Shutters  ”